The Northern School for Creativity and Activism held its second residential weekend in Hull at the beginning of April 2019. The weekend was kindly hosted by ArtLink – an arts centre located in the west area of Hull.

The main theme of the weekend was about Creating Connections:  The Artivist as Go-Between.

Saturday was more academic and focused on the impact of cultural mega-events on a community, specifically with Hull’s City of Culture in 2017.

‘Hull’s Hangover – connection, community and change in the wake of a Cultural Mega-Event’ presentation started with an overview of the City of Culture 2017 by Vickie Bissett.

This was then followed by a talk by Professor Franco Bianchini (from the Culture, Place and Policy Insitute at the University of Hull) which focused on the impact of the Cultural Mega-Events on the wider Hull community and questions that the year-long event raised.

The presentation talked about the preliminary outcomes and evaluation of Hull UK City of Culture in 2017.  Presenting key findings, themes and issues with regards to disadvantaged social groups, cultural democracy and activism.

The themes and issues regarding the mega cultural event that emerged included:

The presentation led to the group reflecting on how we could/would improve the chances of success and inclusion of the local artists and creative organisations. Some of the suggestions raised: 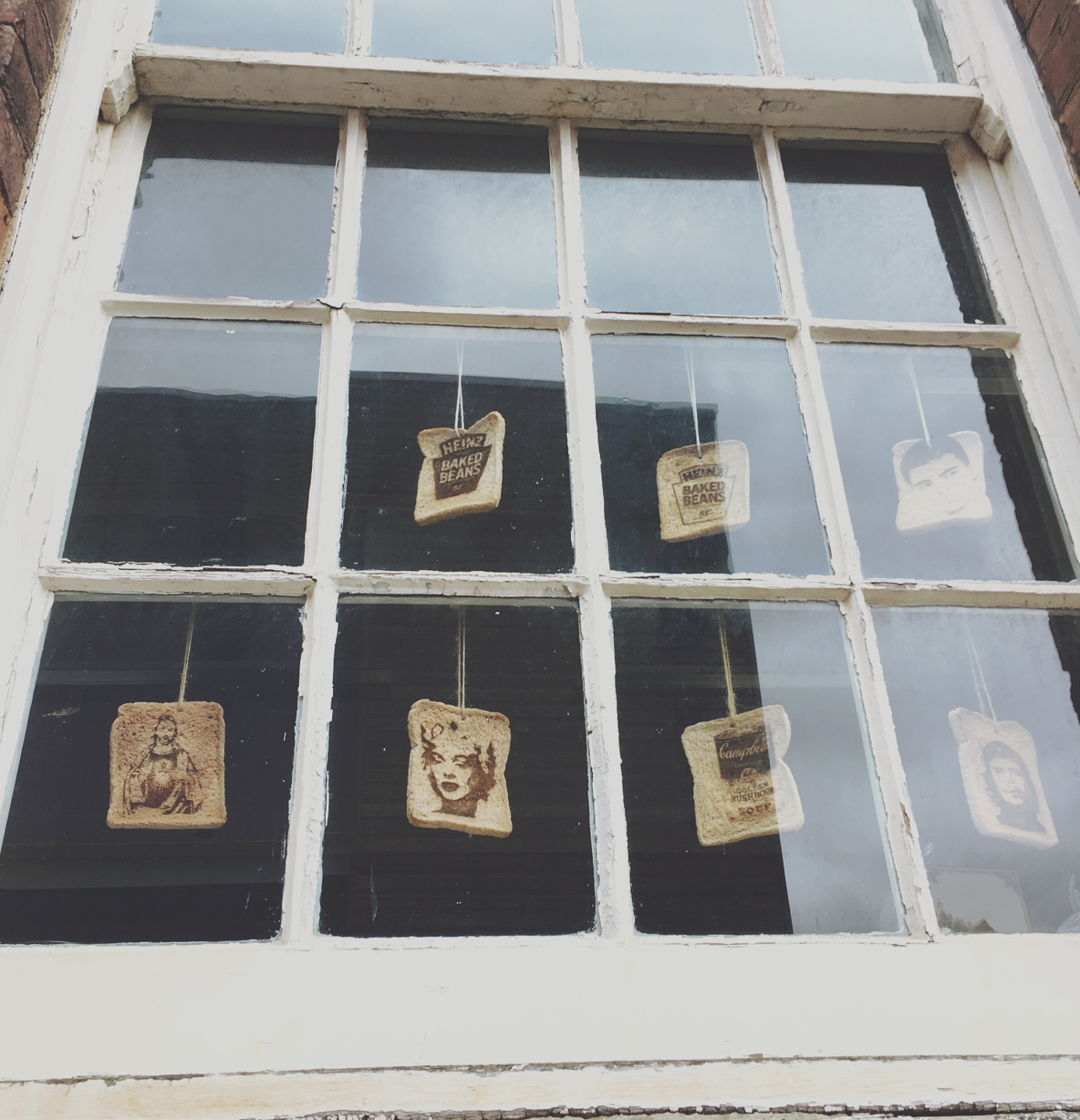 For the latter half of the day, the group split up to visit various arts and cultural organisations and places within Hull City.  Our group got to meet the fantastic Shaz Darley – a socially engaged arts practitioner and, visual artist, at the Avenues Education centre. An old school building which now houses artist workspaces and council offices.  Walking into the building you get a sense of creativity with artists’ work visible through the windows and I was particularly taken with toast with famous faces. 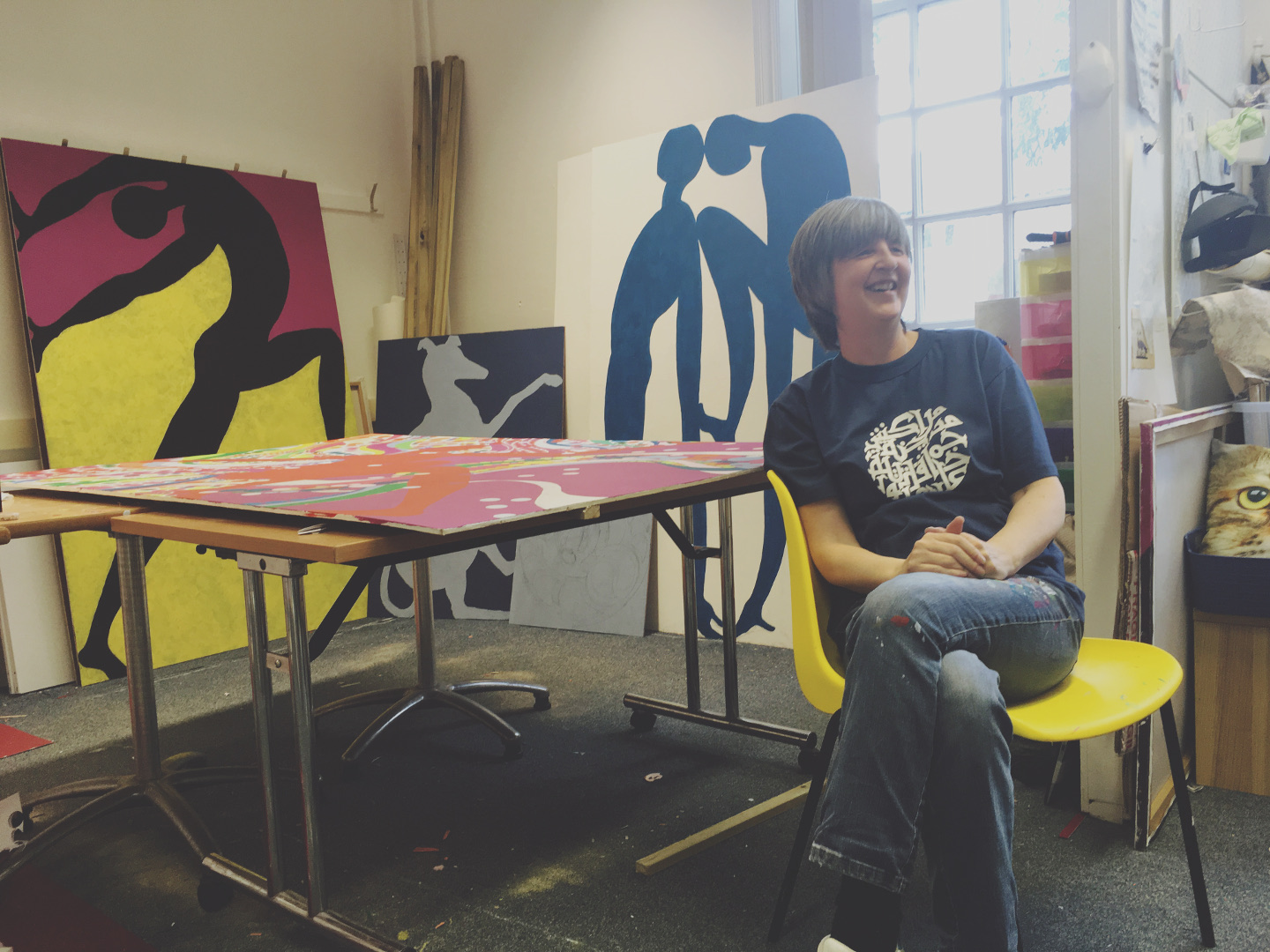 Shaz was an inspiration to talk to.  From listening to her talk about the positive experiences of being a participatory artist in the Hull City of Culture, to her own journey as an artist, providing gems of advice on following your path.  Shaz is currently working on her own practice after being awarded funding through the Art’s Council England – Develop Your Own Practice fund. Her work which is reflective of her experiences of family and death is a colourful array of circles and shapes that draw you in.  I strongly recommend you follow her Instagram feed.

The next day saw us as group focus much more developing as an Artivist – “Joining the Dots – What’s is my Artivism and where does it fit?” with the workshops being facilitated by Chris.

Part of the UNION course is the emphasis on co-creation of participating, direction and subject matter. This was reflected on with the review of the agreements to facilitate and actively engage with the course that we had all contributed to on the first residential weekend.

Reflecting on Saturday’s sessions – it was then put to us, what questions does this raise about my practice?

Which led to us having to self-reflect on our own motives as the Artist as Activist and where we perceive ourselves to be on the spectrum of authenticity and creativity.

I have to confess at this point, I misunderstood the exercise as I didn’t quite catch what was said. However, when looking at the arc I had drawn, it perfectly summed up where I have been situated as a practitioner – lofty, individual, future thinking, rebellious (to a degree), sharing the inner journey for others to be able to follow theirs too.  Sarah, one of the coaches aptly identified it as a rainbow arc, which I, of course, loved the idea of and represented the broad spectrum of people I have worked with over the years. 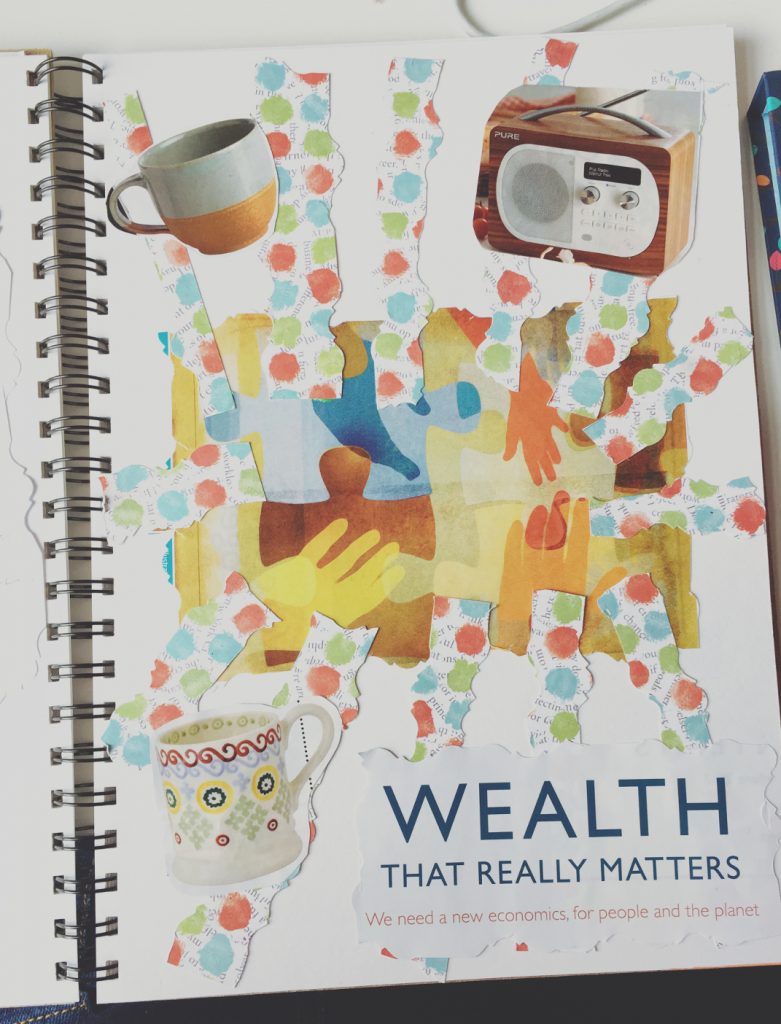 This was one of the most fun parts – where we were able to be creative in our journals. We were asked to create a depiction of ourselves as artists now and where we aim to be in a year’s time.  Out came the colouring pens, pencils, scissors and magazines.

Again, I was surprised by what emerged from this exercise,  as I realised that I have been yearning to get back to basics by focusing on one to two creative practices – namely blogging and podcasting.  My creation reflected the themes of wanting to create conversations. To do this through the medium of radio. To include a range of voices (the blue, green and red dot paper strips going into the middle of the platform/drawing of hands). To create a movement that creates a wealth of enriching peoples lives.

Reflections as a Practitioner 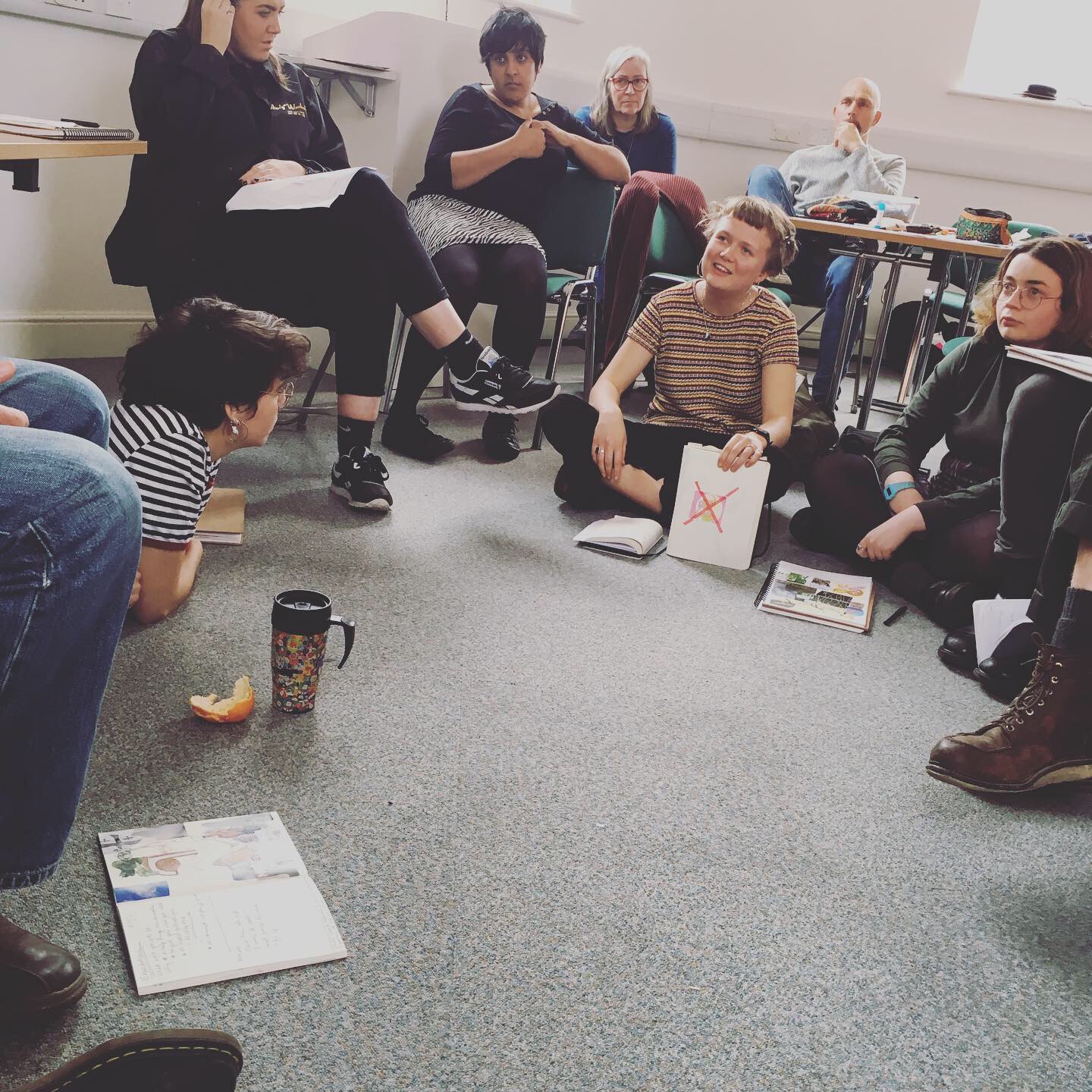 If there is one word I could to describe feeling by the end of the weekend it was this… Calm.  Having the realisation that I need to focus more on developing my own practice.  That the questions and aims I have for developing in the future need the space to be answered.

Reflecting on the weekend, I started to wonder more about the activism side of things.  How we can use arts and culture to influence change in an area, change peoples attitudes and help sustain democracy.

As Professor Franco Bianchini research identified – arts and culture mega-events are not a one-off solution to systemic decline. And that is a bigger question that involves us all answering.

This site uses Akismet to reduce spam. Learn how your comment data is processed.