Over the summer tweets about the 7th annual convention for Little People UK (LPUK) started to come through my Twitter feed.   I was incredibly impressed with the line-up of activities and workshops that were booked for the weekend, wishing that I could attend.  Sammy Davis, the chairperson of LPUK, reached out and said that they could help get me there. Unbeknownst to me, Sammy was incredibly poorly in hospital and still took the time to make our attendance happen.

LPUK offer a 6-month payment plan, which you work out with them, so you can still attend, but not pay all of the cost of the convention upfront.  I thought this was a fantastic way of helping out and after totalling up what it would cost a family of three to attend, we were booked to be at our first ever LPUK convention.

Warmly Welcomed From The Start

I had been a bit wary of LPUK as I thought it was only an organisation for people with Achondroplasia.  How wrong could I have been?! As soon as we stepped into the hotel lobby for the convention we were warmly welcomed.  Sammy herself coming over to say hello, and to let us know how much she wanted all the family to enjoy ourselves.

In Conversation with Sinéad Burke 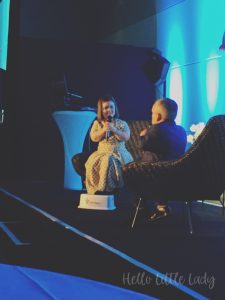 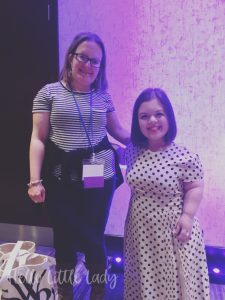 One of the main reasons for wanting to attend the convention was the chance to be in the same room as the indomitable and now contributing editor at Vogue UK, Sinéad Burke.  Friday night, Warwick Davis, led the ‘In Conversation…’ session with Sinéad.  Sinéad was every bit as articulate as in the magazines and her TED Talk.  Warwick and Sinéad chatted about her career and the many issues we face as people with Dwarfism and how we can influence our own environments by participating civically. My main takeaway from their talk was how Sinéad said that we need to give people the confidence to ask the questions. Professionally and personally, I have come across people who are uncomfortable to ask questions for fear of offending.  I’ve started reflecting on how I can make it easier, or give people the confidence to ask difficult questions about dwarfism especially.

Sinéad was also wearing THAT Burberry dress and graciously accepted my request for a photograph together, despite my being in awe. I was beyond pleased to meet one of my heroines!

Saturday was the convention’s busiest day. There was the AGM, the medical panel, Expo and the workshops.  There was also arts, crafts and games, in the LPUK Kids Zone. 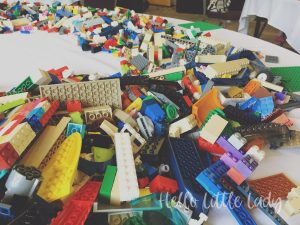 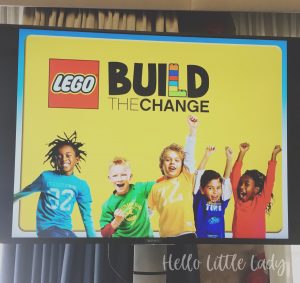 One of the highlights was attending the LEGO ‘Build the Change’ workshop where all members of the family, regardless of age, had the opportunity to build their idea of the future.  Was a bit disappointed to have to leave hubby and daughter to it to be able to attend a physio appointment, but returned afterwards to see some fantastic creations. The 15-minute chat with Sarah Taylor from Cambridge Sports and Physio in the LPUK Health area was very useful for on-going health issues.

Returning back downstairs we also took a look at the products and services being showcased in the Expo area.  I was particularly interested in testing out the mobility scooters and Chris Elliot, an Independent Mobility Consultant, who modifies mobility scooters to fit people with dwarfism, was able to answer all our questions.  Chris Marshall, from the Danish family-owned company VELA who produce adaptable and height-adjustable chairs, was on hand to answer questions about the chair, which I have to say was very comfortable. Tomcat allowed the children to test drive Trailor Trikes.

That afternoon there was the Private Doctor Consultations which I booked on to have a chat with the Orthopaedic Consultant.  Reflexology, Make-up with Adrian Rigby and a Nail Bar activities were also available. The one I was curious about was the Bowen Technique and as luck would have it, Angela, the practitioner, came out of her room as I was enquiring if she was available.  I was little (a lot) worried and wondered if I would end up with my legs being cracked over my head, but it couldn’t have been further from what happened. I have been experiencing very painful sciatic pain for quite some time now and after 20 minutes with Angela, I could actually stand straight! While I was still in pain, the level had come down. It was a miracle!

At this point, I was meant to be at Chef James workshop, however, after my Bowen experience with Angela, I realised I hit my peak from all the excitement of the past 24 hours and promptly took myself off for a rest. 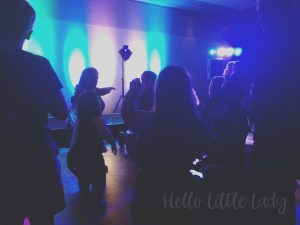 That night there was a Banquet Dinner – a three-course sit-down affair, or for those more budget conscious, a Buffet Dinner in the hotel’s restaurant.  Everyone was allowed to join in for the after-dinner entertainment with Chris Cox – mind reader extraordinaire, who brought the house down with tiger print swimsuit and leggings. Something I don’t think I’ll forget for a while! The fundraising efforts of members were also recognised with the presenting of the LPUK Fundraising Certificate and the Positively Unique Awards. Then it was time to let your hair down and dance the night away with DJ Elliott.

The final day of the convention saw members braving the Bear Grylls Survival Academy despite the rain and a dance workshop with Life Being Little blogger, Danielle Webb.

It was sadly time to say goodbye and to head off home.

My Thoughts On The LPUK Convention 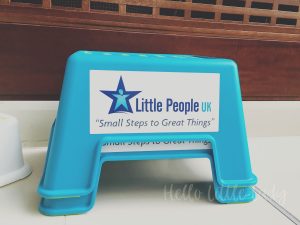 The convention was incredibly refreshing and a very positive experience.  There was something for all the family to do and experience. My daughter met and was able to play with other children with Dwarf mums. My husband had a chance to socialise too. The activities were fun and relevant. I only wish they had been more time to do all the activities.

I cannot put into words how priceless it is to feel completely safe on the dancefloor and just be yourself without worrying about being knocked or attracting negative attention.  There’s also something very special about being with people who understand the experiences you go through. To laugh at the absurdities, the crap stuff, to not have to explain or placate lived experiences because we all already ‘get it’ and provide each other with advice, support and solidarity.  It was wonderful to catch up with friends, make new and meet those who I had connected with online.

What I love about these types of conventions is that you could go on your own and you’d come away with friends for life.  Personally, I came away from the convention feeling ‘topped up’. Ready to take on the world (and the stares) again. Any worries, doubts or anxieties melted away and it was a rarity to be able to ‘just be’ in a space other than my own.  It’s events like this that can make all the difference to a person’s confidence, acceptance of their identity and disability. To be able to relax and enjoy themselves with people who understand what life is like living with Dwarfism.

I’d like to extend a huge, warm heartfelt thank you to Sammy and Rebecca for all their hard work for making the convention such a wonderful and welcoming event. Let the countdown begin for next year’s!

This site uses Akismet to reduce spam. Learn how your comment data is processed.